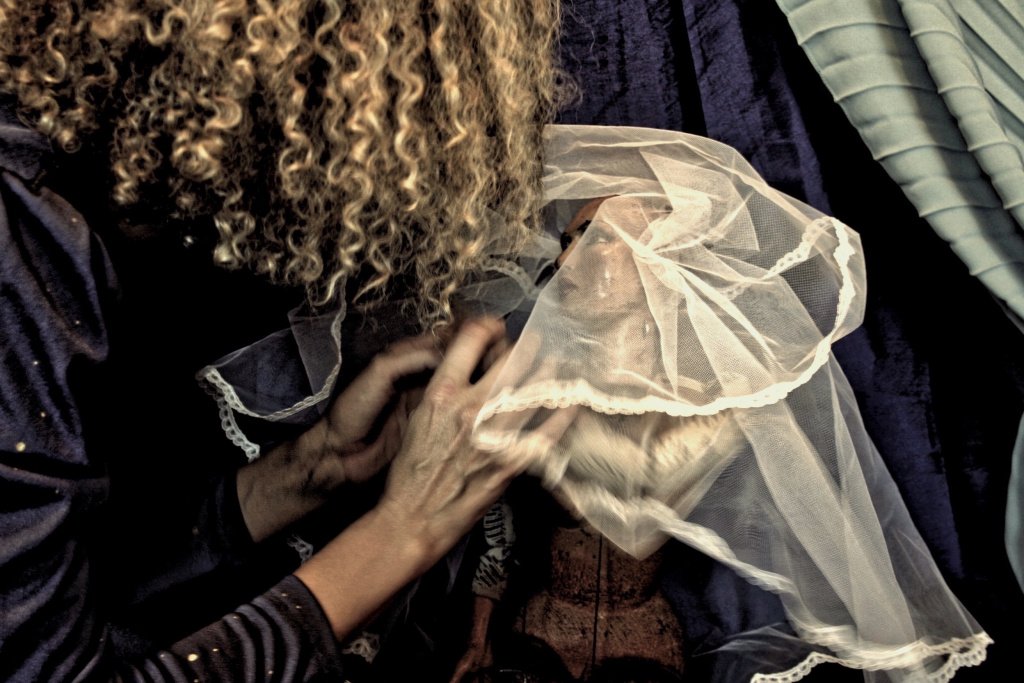 The show is a multidisciplinary work that draws from dance and drama going through the archetypes and contents of the fairy tale Bluebeard, to which it is inspired, becoming a look at the present.
“You can only open the doors of the rooms allowed” says Bluebeard, but the bride refuses, opens the secret doors and discovers the bodies of the previous marionettes-brides, who slip into a story suspended between fairy tale and reality, where the element of transgression takes the value of redemption. The bride aspires to change the plot of her ‘destiny’ and embodying the desire of not allowing herself to be homologated by violence, she crosses the vast abyss of power.

Show realized as part of Cantiere Project 2020. It speaks of liberation and love in the discovery of oneself
beyond gender stereotypes, through the use of dance, sound and ancient puppets.

SILVIA BATTAGLIO. Graduated in Social Sciences from the University of Turin, she is a performer, author and trainer as well as the artistic director of Biancateatro. She has been studying ballet for over ten years, contemporary dance, theater-dance and Commedia dell’Arte. As an actress-dancer she has worked for Compagnia ALDES (Torino Danza 2004), Tangram Teatro, Rai Torino... An intense teaching activity has continued since 2005. In 2014 she founded the Biancateatro Cultural Association, with the aim of giving greater consistency and stability to the company’s artistic production and training work. She is among the finalists of Cantiere Project 2020 organized by Incanti.