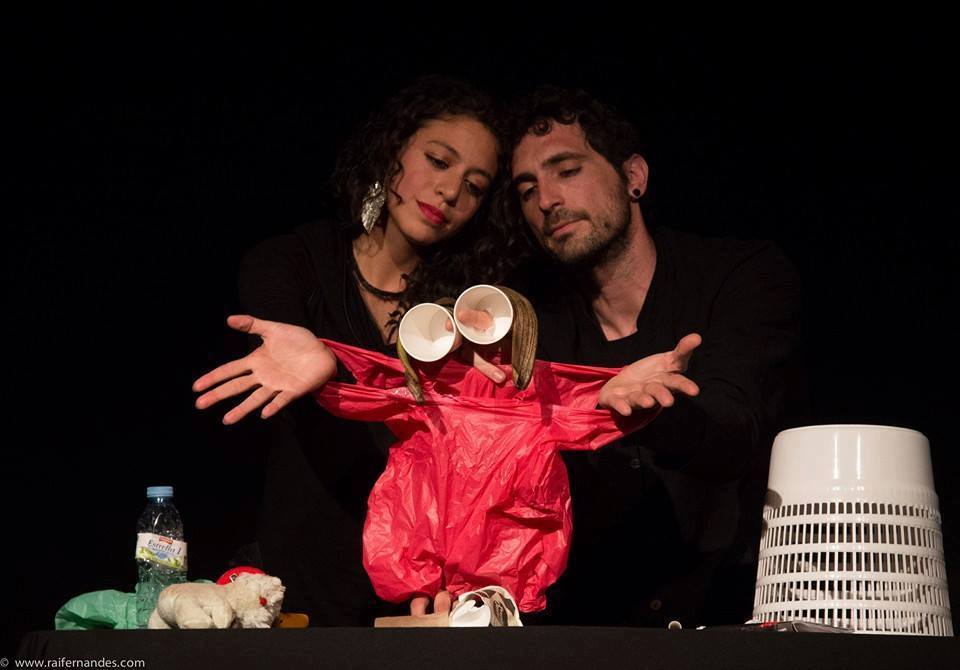 
Poubelle is a garbage bag that has always dreamed of being a star. But..a garbage bag is and always will be a garbage bag. Poubelle will accept his fate, in this tragic comedy very comical and not very tragic, without throwing the towel, because he knows that in life if you miss the train, the next garbage truck can always come to pick you up.
To talk about something as complex as self-acceptance it is better such a simple means as a garbage can.

A show of object manipulation with an implicit message: Magic exists also in the things that people throw away.

ZERO EN CONDUCTA, Teatre del Moviment is a project created in 2011 by José Antonio Puchades (Putxa) with the intention of exploring the expressive potential of the different performing arts related to movement. The research focuses on the union of body mime, dance, puppets and physical theater. In 2012 Julieta Gascón joined the company, followed by David Maqueda Pavo, in 2016. Their shows have traveled to numerous international festivals winning several awards.