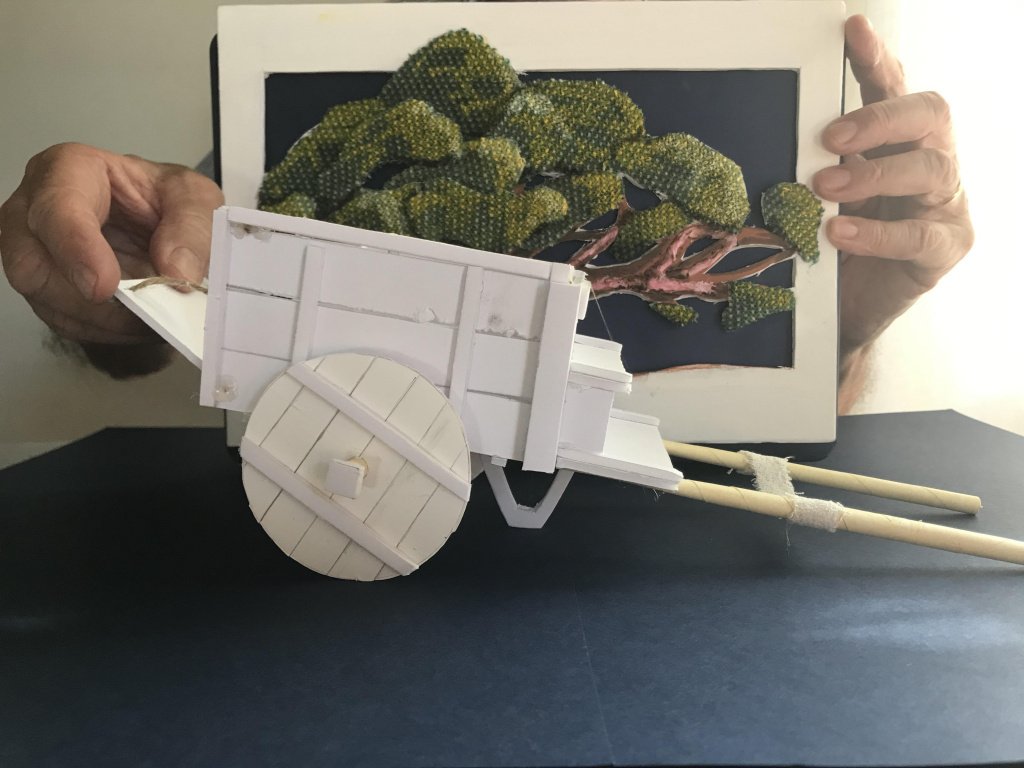 The life journey of a teenager who is not a real teenager but a symbol, a metaphorical figure in search of meaning, with a cart to sell onions and to deliver mysterious Scrolls entrusted by his father.
With a struggle between oppressed and prevaricators and the birth of Christianity as background, a micro-story following History is outlined, as a viaticum for existence. The so-called ”source Q “, the hypothetical collection of sayings that is supposed to have been used for the drafting of the synoptic gospels of the New Testament, the source of the sources, will come to life in the words and teachings that the boy will gather on the way.

A narrative recited at the table with music and figures evoked in front of an open laptop and in front of a small group of ecstatic spectators.

CLAUDIO MONTAGNA actor, director, theater animator, in 1971 he founded with Giovanni Moretti Teatro dell’Angolo in Turin, working in it until 1983. From 1978 to 1998 he was a consultant to the Municipality of Turin for theatrical activities as well as a collaborator of Piedmont Region and Stilema Company. He is the founder of C.A.S.T. (Consultancy for Theater and Entertainment Animation) and of Theater and Society Association, with which he has carried out numerous events and projects, and worked in contact with various realities including prisons, with the “Training School on Theater Professions” for prison inmates of Turin, and rehabilitation centers for drug addicts. With the Abele Group of Turin he has created four major theatrical events dedicated to the encounter between Italian culture and the cultures of migrant communities.