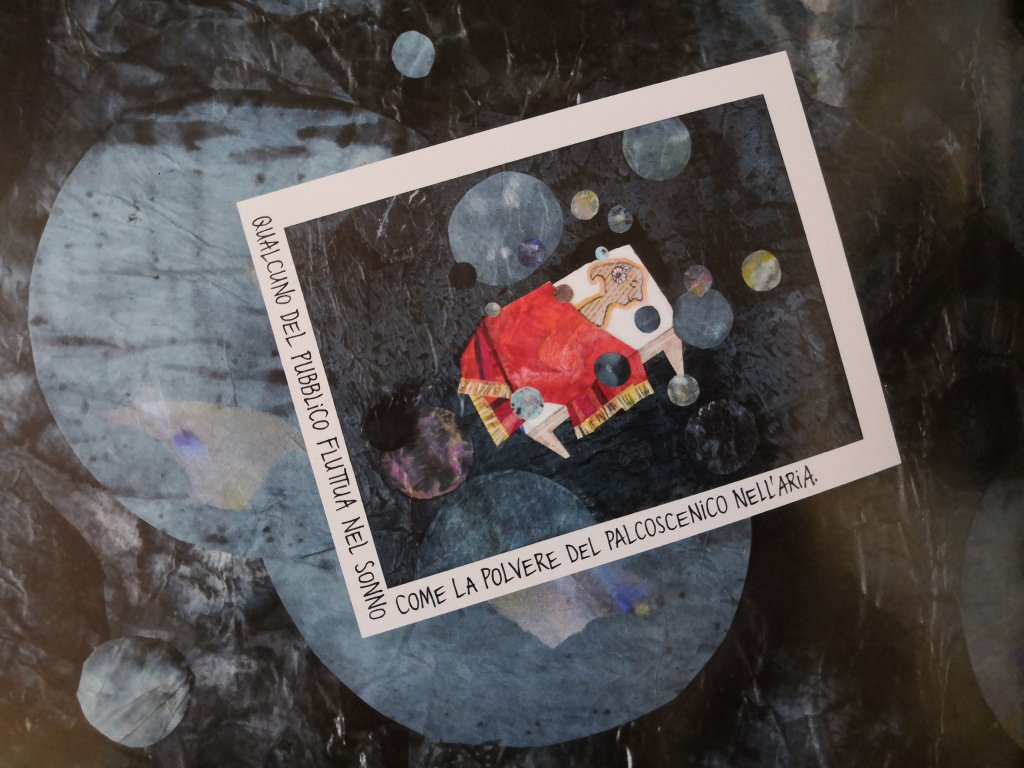 by and with Francesca Bettini and Gyula Molnar

producer of the book in the Italian edition Raffaele d’Alessandro

The Ogre, the Taurus, the Underworld are ancient names that still inspire us with respect and fear. In the dark forest, when the road is lost, the chasm of the sacred funnel of past time opens up.

Down there, in the Underwood, live the memory, dreams, old age, remorse and desires of human life.
Is the museum some kind of Ogre?

A small exhibition that tells of a book that is, more than anything else, a comic, of how Gyula Molnar became a puppet. But it is also a logbook, in which Francesca Bettini’s notes are rearranged to develop the thread of the collaboration with the Münchener Stadtmuseum, where the puppets are now kept. Puppets that take possession of the form of comics to experience one last adventure before being placed neatly in the museum display cases.

Guest at INCANTI d’Inverno the Second Edition – which follows the German one – of Non sono nell’Orco born with the intention of sharing with the Italian public a rich and varied experience, which lasted for about ten years, and which wishes to be a small reflection on transience, on the ephemeral art of theater, on what slips into oblivion and what remains and generates other forms.

Accompanying us will be the artists themselves: Francesca Bettini and Gyula Molnar

FRANCESCA BETTINI, Venetian, and GYULA MOLNAR, Hungarian, they are both authors, actors and directors. Over the years their business has developed particularly in Germany and France with some forays into Italy. They mainly collaborate with theatrical groups close to the Figure Theater.

From the speech by Katia Spiess for the vernissage of the Bin im Orkus (Sono nell’Orco) exhibition in 2009, at the Münchener Stadtmuseum: “Molnar and Bettini have developed a completely unique language in recent decades. First of all they are seekers and sowers of traces: they listen to people and things, they collect their stories, they create links between the subjective and the objective world, between personal destiny and history, while leaving free areas. It is these free areas that invite the viewer to thoughts, associations and interpretations, in the footsteps of something that has passed and of something that could become. They give space to memory and utopia. “