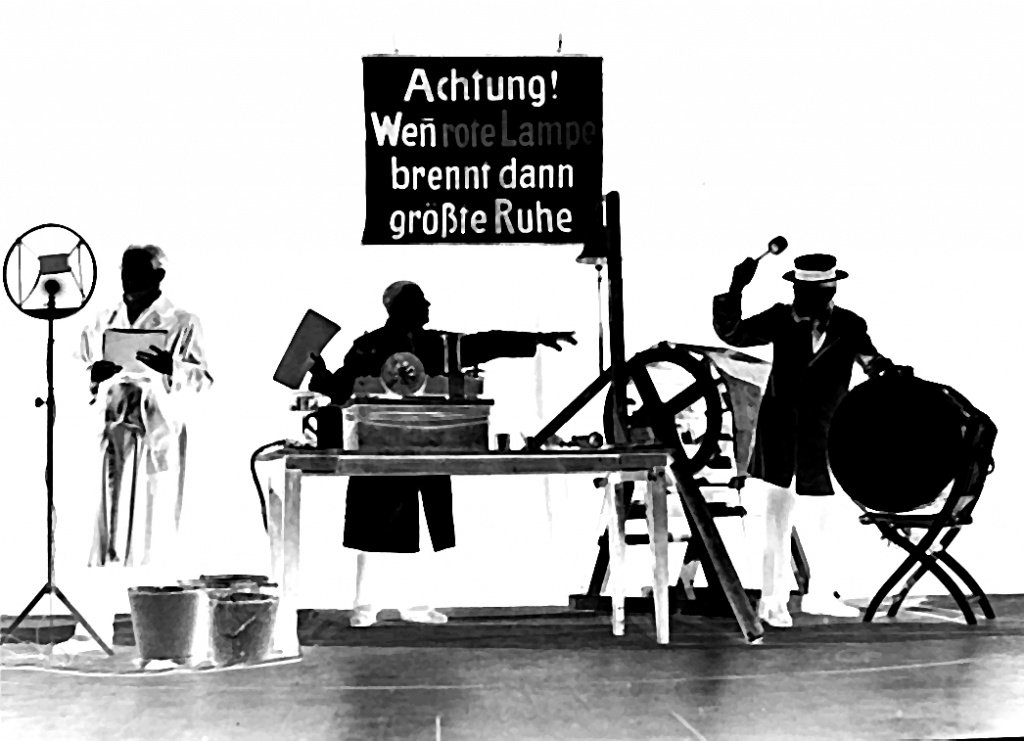 A tribute to the world of Karl Valentin, surreal clown of the German Cabaret in the early twentieth century who told the madness of a world on the edge of the abyss. Controluce recreates the atmosphere of the German cabarets of the 20s and 30s in a show that walks in a tightrope path between past and present and through the magic of the shadows and the music performed live, wanders among the spirits of the time.