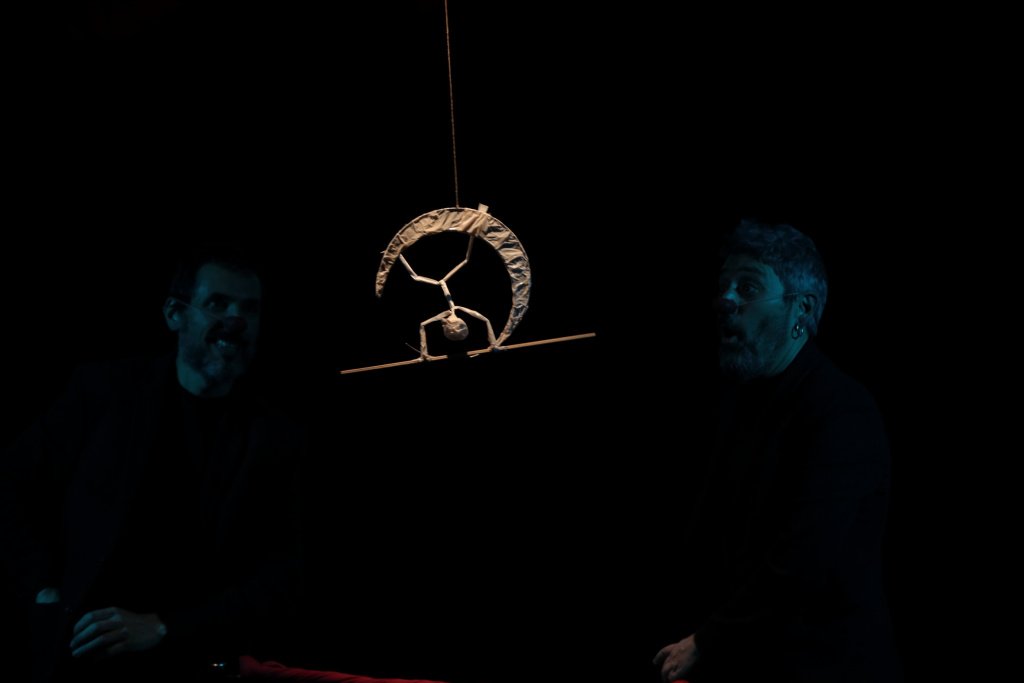 
Being free many times is not about breaking ties but learning to live with them. As we try, life repeats itself like an echo that resounds between the walls, in our heads and our hearts. This is the recurring nightmare of the two comedians trapped on the scene.
A dance of visual metaphors for a comedy show that speaks of the poetry that binds us to life.

YMEDIOTEATRO’s latest production, EcO, fuses Object Theatre with Clown and Mime. It is a highly visual show, with a universal language, about tenderness and tension in human relationships.

YMEDIOTEATRO (Jaén) is a company formed by a stable team of professionals that has evolved to develop an artistic project touching several kinds of theatre:  text, objects, clownery, etc. A courageous path of creation that defines their productions as multidisciplinary and emotional and ranks the company as one of the andalusian companies of reference, with the greatest international projection.