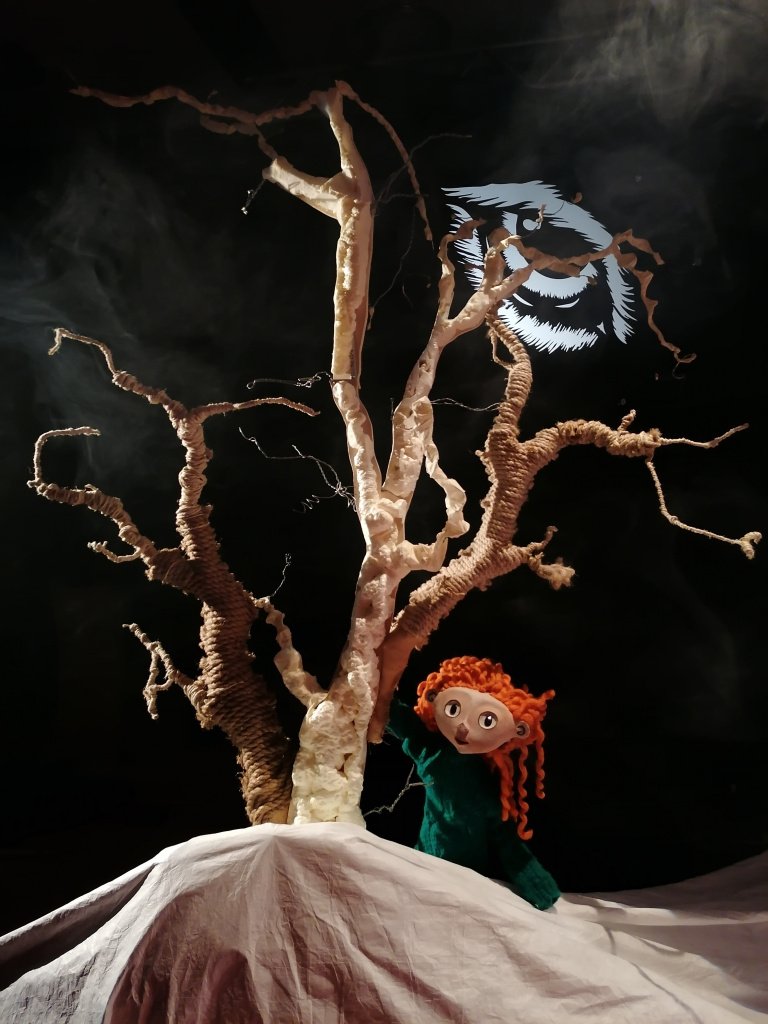 There is a house in the middle of the woods,
in a place I don’t know,
nobody ever sees around,
neither when it is night, nor when it is day …

There is a small house in the middle of a large forest. The snow wraps the night in a magical silence while the stars shine in a clear winter sky.
Jolie’s family and Boh, her teddy bear, have just moved into that funny little house. One day, however, Boh disappears and Jolie goes into the woods despite fear, into the unknown, to find him. There Jolie will meet the Wolf. Her Wolf. A small wolf, like her. A wolf whose shadow appears giant but who, in truth, is only a puppy and like all puppies needs care, needs cuddling and playing, and to find his way back. Back to the place where who we love is always waiting. Especially when afraid of having lost us.

Realized as part of Cantiere Project 2019, It is a show of black theatre and shadows, in which fear can be looked at closely, discovering its real dimensions.

DROGHERIA REBELOT was born from the meeting between Miriam Costamagna, Andrea Lopez Nunes and Andrea Rizzo which took place within the Academy of Dramatic Art “Nico Pepe” in Udine. After graduating in 2015, each one carried out research in different fields, for Miriam and Andrea Lopez in that of children’s theater and puppetry and for Andrea Rizzo in that of contemporary dance.
When in 2019 they attend “Animateria”, a training course in puppetry techniques and languages ​​promoted by Teatro Gioco Vita, Miriam and Andrea L decide to create their own company with which to experience what they have learned, with attention particular to the shadow theater and the mixture of languages, thus involving Andrea R. Returning to work together is a precious opportunity to share what has been learned separately and thus enhance the abilities of individuals in a common project.
In addition to theatrical research, they conduct an experimentation of Puppetry videos in which they create a mixture between the languages of Puppetry and Cinema and between digital and analogic, trying to enhance each other’s potential.