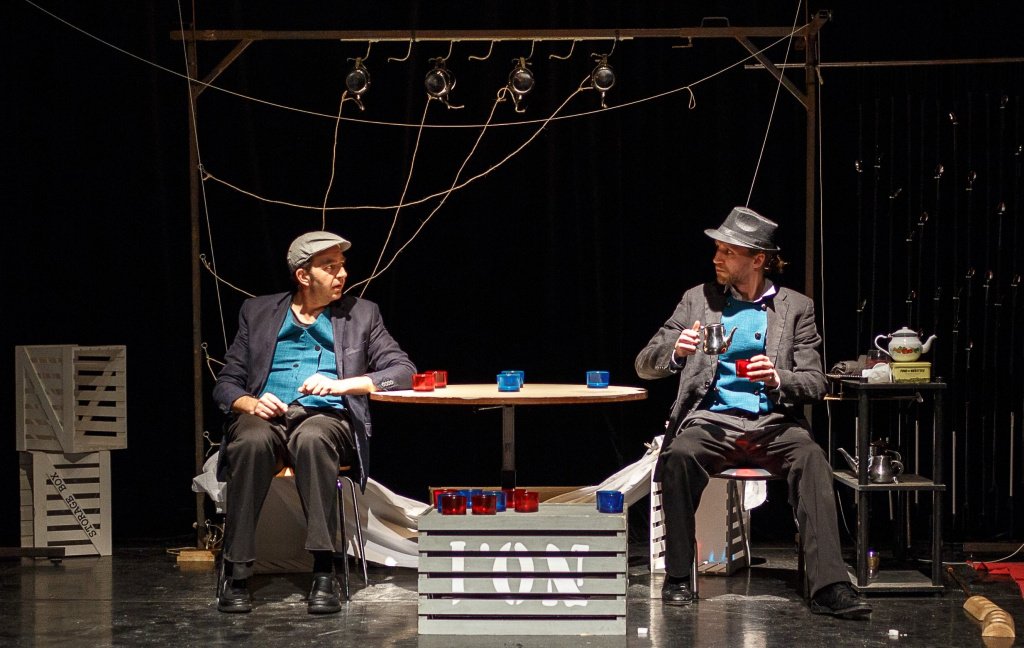 from 5 YEARS | WITHOUT WORDS

in collaboration with Play with Food

etween circus art and object theatre, Baraka is a tender and malicious show in which two characters, like idle bartenders, invite each other to absurd or comic games, virtuous or simplistic. In the pure tradition of burlesque, and at the rhythm imposed by the genre, they divert objects from their primary uses, make teapots fly and glass dance, levitate sugars in mechanical choreographies, sway tea bags while the flute player enchants the snake.

Guided by poetic or rhythmic oriental music, the characters go back and forth between duel and duet, bringing the viewer to the limits of theatre of absurd.

Like the title of the show, inspired by a Moroccan dialect, whose meaning has nothing to do with luck but with the injunction to stop, the show is based on a misunderstanding between two very different characters, who, in their own way and without exchanging a word, await Godot… an invitation to stop, just for a moment.. tea..

CIE FRED TEPPE  was born from the meeting between Fred Teppe and Paul Rozaire. The newly formed company has only one active production but the two founders have behind them a long experience of research in the field of puppetry and circus.