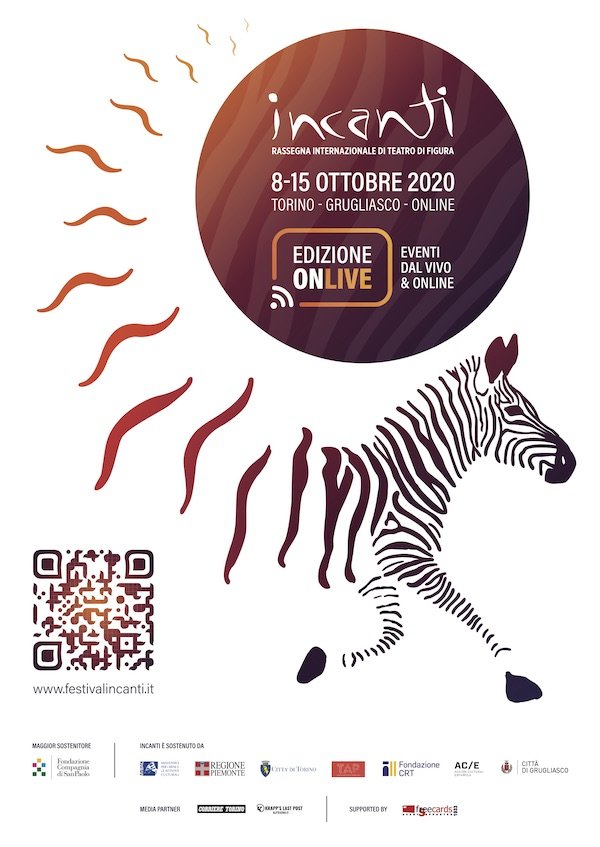 The artistic direction has decided to tighten teeth, make good face to bad game and since the confinement has sought ways to preserve and reinvent the Festival, now one of the veterans in the European scene as for Puppet Theatre.

Thanks to the project Incontra Incanti the festival shape has been discussed and rethought with public and artists and thus the 2020 edition has been defined. The main changes decided for this special edition, besides postponing most of the foreign companies to the next one in 2021, have been to develop the program beyond the festival’s period of one week, in order to fulfil the project Spanish Puppetry at INCANTI -with the support of the Spanish Ministry of Culture- and
to organize distant participations offering glances, in several ways, of Puppetry “Behind the Scenes”, through a series of appointments online.

As to the live program, INCANTI 2020 opens with the show Waterpeace, born at INDA (National Institute of Ancient Drama in Syracuse) as a social&art project from a group of students and graduates and adapted for this INCANTI special edition with the extraordinary participation of Moni Ovadia and the shadows of CONTROLUCE Shadows Theatre, the company organizer and founder of the festival since 1994. The inauguration will take place at Teatro Astra, with the collaboration of TPE (Piedmont Europe Theatre). The live program continues with two premieres of very Italian Puppetry protagonists: Is Mascareddas with a new show by Tonino Murru and CONTROLUCE Shadows Theatre with a performance inspired at Giorgio De Maria’s book “The Twenty days of Turin” specially designed and played by the writer’s daughter Corallina De Maria. Some other events complete INCANTI’s program this year, partly live and partly online: Cantiere, Behind the Scenes, Meet Incanti, online masterclasses by Agnes Limbos and Ariel Doron and the installation A Tribute to Rodari.

Despite of difficulties, this special edition is taken place thanks to the institutions that support INCANTI from long ago: the Ministry of Heritage and Cultural Activities and Tourism, Piedmont Region Council , City of Turin Council, the Company of San Paolo, the CRT Foundation, the Municipality of Grugliasco, the Foundation “Teatro Ragazzi e Giovani ONLUS”, TPE and the National Museum of Cinema.

Do you want to continue discovering Incanti Archive?

Look at the other editions